A self-confessed fitness fanatic has transformed a former warehouse unit into a unique fitness event studio, which transforms a trip to the gym into being part of an interactive event in a bid to help people across to Doncaster to shape up and shed their lockdown pounds. 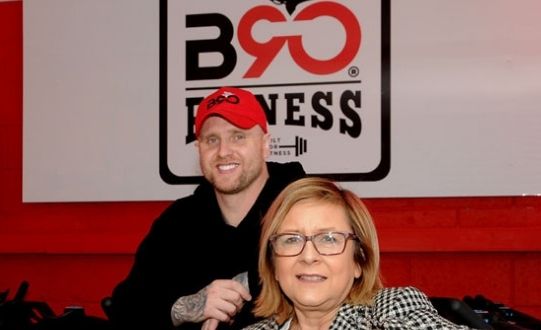 Complete with its own dance floor and disco lights, Built90 Fitness more closely resembles a nightclub, rather than a traditional gym. The unique business which opened its doors in January was pioneered by Michael Fraser, who launched his unique business after securing start-up loan funding from alternative lending provider Finance For Enterprise. Today, Michael balances 15-hour working days, as well as working a second job as a postman to make his vision become a reality.

Life could have been very different for the Bessacarr-based entrepreneur, who was on Doncaster Rovers’ books as a youngster. Keen to pursue a football career, Michael relocated to the USA in 2003, where he played and coached a team in Syracuse, New York, before securing a scholarship to play soccer (football) in Nevada, Las Vegas – an NCAA (National Collegiate Athletic Association) Division 1 University in the US. However, disaster struck and just a year into fulfilling his lifelong ambition, Michael found himself side-lined through injury and unable to play.

To keep himself occupied as he recuperated and to help him regain his fitness, Michael started teaching spin classes within the campus recreational centre. Within a matter of weeks, Michael’s refreshing approach and fitness methodologies saw the under-utilised class (only four students had signed up) achieve a waiting list of over 30 people, desperate to tap into Michael’s winning formula.

After completing his collegiate career, Michael left the University of Nevada, Las Vegas with a BA honours degree in Physical Education and Psychology and a M.E.D master’s degree in Athletic Administration and Sports Coaching, and in 2011, Michael returned to his native hometown, Doncaster. Feeling dispirited and disillusioned he gave up on his dreams of playing professional football and even his beloved gym classes. After spending several years soul searching, he decided to see if the winning fitness formula and coaching methodologies he had created in America would be equally as popular in South Yorkshire.

Michael secured a room in a local pub and began running weekly spin and fitness classes. To his surprise he started seeing more and more people flock to the classes; however, his plans quickly skidded off course when the Covid-19 pandemic forced the closure of all leisure businesses. However, the success of his classes inspired Michael to begin making plans to launch his very own fitness events company. Only one thing stood in his way… finance. After spending time researching different options to fund his business idea, Michael approached Finance For Enterprise for some help.

Working with experienced Business Lending Manager Gillian Pickard, Michael secured a £12,000 Start Up Loan, which he used to secure a lease on an empty broken-down industrial unit as well as investing in exercise bikes and gym equipment to enable him to host his daily fitness events and create his fitness vision. Keen to offer an alternative to a traditional gym environment, he added a nightclub feel with strobe, state of the art, disco lighting along with a dance floor, a music system and playlists to give it the ultimate vibe he was looking for, and he opened his doors in January – just 90 days after deciding to try his hand at self-employment.

Today, Michael’s working day starts every day at 6:00 am. Balancing the competing demands of running his fledgling business, as well as holding down a full-time job, he can still be found putting people through their paces until 10:00 pm each evening. However, the Doncaster-based entrepreneur has no intention of slowing down. Since opening his business in January, Michael has appointed a nutritionist and is gearing up to expand his business further, and he is already making plans to open a second studio.

“I didn’t want to simply run a traditional fitness class, I wanted to create a type of experience that was closer to being part of a show; it’s a very different experience to a traditional gym. My fitness philosophy is all about encouraging people to enjoy the time they spend exercising, enjoying the journey towards achieving their goals. It’s all about helping people to improve their quality of life, and it’s not just about fitness, it’s about being part of a community.

“Since launching my business in January, I’m now hosting between 8 to 15 events per week. Each event is bespoke and tailor-made to each individual client. I called the business Built 90 because it took me 90 days from considering running my own business to opening the doors of the gym. Once I’d decided to try running my own business, I realised that I would need to secure some additional funding, so I decided to contact Finance For Enterprise for help. Gillian spent time discussing my business plan and my projected financial figures, and she gave me the confidence to believe in my vision and ideas. She guided me through every stage of the application process, and she helped me to understand what it would take to make the business model a success.

“Since securing the loan, Built90 has grown beyond my wildest dreams, and I’ve already started introducing other types of events, such as a parent/child fitness event for children aged from 8-16 years old. This event allows you to exercise alongside your child, developing their fitness and exercise skills instead of sat on a side-line or looking through a window at them. The interaction between both the parent and child whilst exercising can lead to coaching good habits at a young age and also help build confidence and relationships. I also have things in the pipeline to expand the business further in the future.”

“Michael is a very driven, passionate and hard-working entrepreneur who is bringing a unique way of exercising to Doncaster. He knew from the outset that his business would require investment, to enable him to purchase the exercise bikes needed to run his spin classes.

“Like a lot of new entrepreneurs, Michael knew that with no previous trading history, it was highly unlikely that he would have been able to secure the funds he needed, so he contacted me to discuss the different lending options available to him. I helped by talking him through the options available through the Start-Up Loans programme.

“Start Up Loans were specifically designed with new entrepreneurs in mind, and after reading through Michael’s business plans, which were supported with robust financial forecasts, I felt confident that his business ideas would be a success, and with funding in place, he was able to transform his ideas into reality.”

Finance For Enterprise is a delivery partner of Start-Up Loans UK, an initiative backed by the British Business Bank designed to help new entrepreneurs secure lending. Since the Start-Up Loans scheme was launched in 2012, the programme has helped more than 75,000 entrepreneurs to realise their business ambitions. In Yorkshire and the Humber, Start-Up Loans UK has provided over £55 million to over 6,300 new businesses.

Finance For Enterprise provides a range of tailored loans, aimed at helping SMEs in Yorkshire and the Humber, the East Midlands and Lincolnshire. The company acts as a fund manager for the Northern Powerhouse Investment Fund and Start-Up Loans UK and provides business loans up to £250,000. 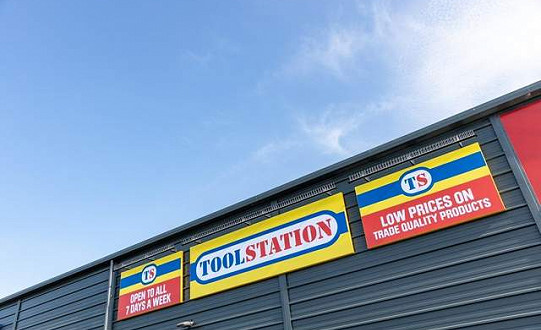 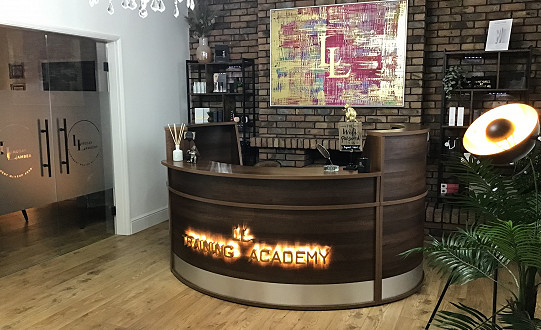 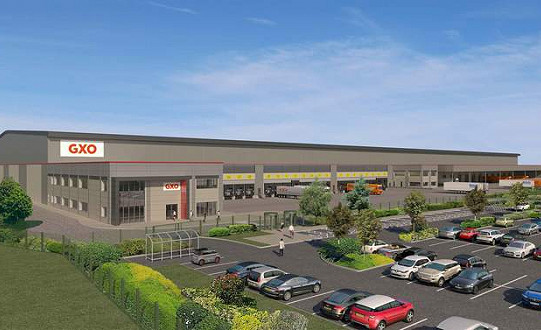 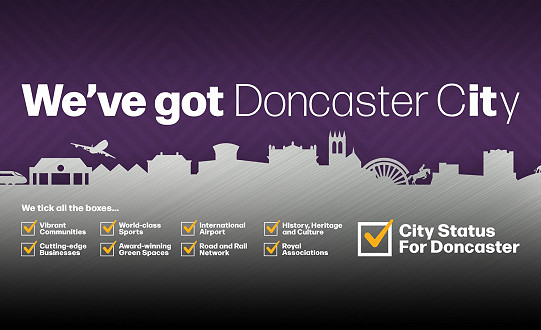