How Doncaster's new hospital could look

This is what a potential new hospital and University Campus in Doncaster could look like, provided funds are secured to build it.

The new site would be built to the highest environmental standards, be ready and equipped for future pandemics and provide state-of-the-art facilities for staff and patients.

Estimated project costs for the state-of-the-art facility show that it could cost up to £934 million, however the case for a new hospital is strong, as the trust which runs the existing hospital DRI says it spends up to five per cent of its annual budget on maintenance alone and the repairs backlog stands at a whopping £60 million.

The current hospital was built in 1930 with further expansion in the 1960s. 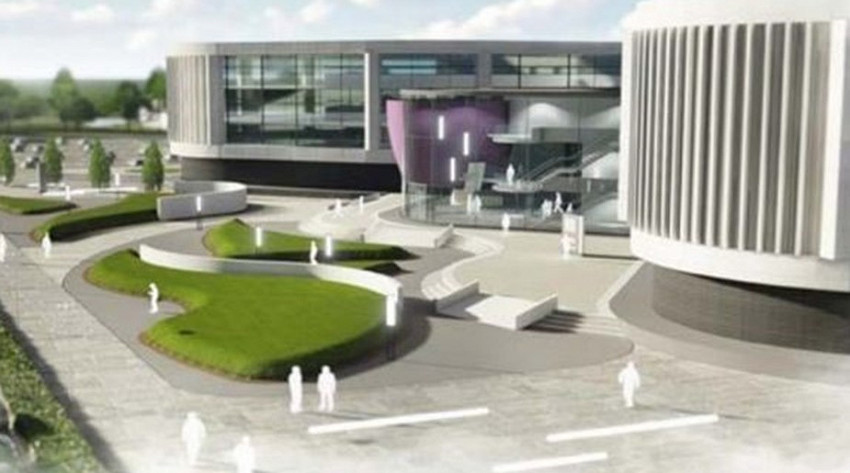 Doncaster and Bassetlaw NHS Teaching Hospitals (DBTH) Chief Executive Richard Parker, said: “The site requires a significant capital investment each year just to ensure it remains safe. This means we are not moving forward while our maintenance backlog continues to creep, and is currently within the worst 15 per cent of all hospitals in the UK”.

“Working through solid and proven partnerships with Doncaster Council and many other key stakeholders, we will create a state-of-the-art hospital campus which will help make the town a vibrant northern centre, stimulating regional economic activity, carving out opportunities for local people, and ultimately, offering the very best care and treatment.”

The site’s emergency department was initially built to deal with a peak of around 200 patients – currently it cares for an average of 350 to 400 patients every day.

The new site could also have a higher education university campus, which would house and train the next generation of NHS frontline workers likely in partnership with both Sheffield Universities.

Doncaster Council’s chief executive Damian Allen said: “the project would be a huge help to regeneration in the borough. The Waterfront in Doncaster’s town centre is one of the largest brownfield sites in the UK that once developed could bring significant social, environmental and economic regeneration benefits,”

“The central catalyst for this site is the opportunity to build a hospital, which has been under development for three years and includes an integrated teaching facility and research centre which will improve the borough’s research and educational offer. The planned development will be a carbon neutral building to ensure it is fully compliant with NHS standards and potentially be one of the first carbon neutral hospitals in the country.”

The proposed site for a new hospital will also solve many current transport difficulties as anyone from anywhere in the borough would be able to get to the hospital in a single journey.

In a letter to Government, Doncaster Mayor Ros Jones said: “The case for a new hospital in Doncaster on the Waterfront is compelling and would deliver far reaching benefits for health and medical provision, the well-being of residents and become a driver of economic regeneration in Doncaster’s urban centre. Together with Ed Milliband MP and Dame Rosie Winterton MP further discussions would be welcome on how we can secure investment for a new hospital for Doncaster.”