A South Yorkshire-based tech entrepreneur is hoping to transform the way in which business owners click, connect and collaborate after announcing ambitious plans to launch an innovative new virtual networking platform which will be available 24 hours a day, seven days a week. 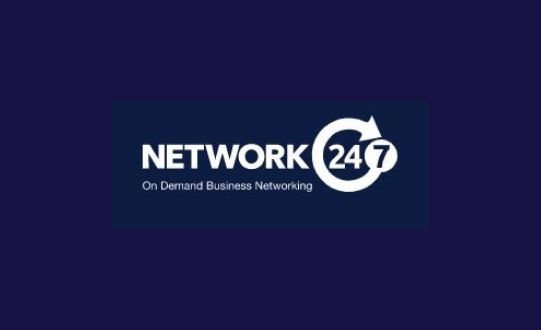 The new platform, which will be called Network 24/7, is the brain child of accountant-turned-tech entrepreneur Ednan Karim who was inspired to develop a more flexible way of helping business owners to build stronger business connections.

With many businesses being unable to meet at physical networking events since the beginning of the Covid-19 pandemic, Ednan hit on the idea of developing a 24-hour networking platform after becoming frustrated with short-format networking events, which typically rely on short introductions, but offered little time to delve deeper into how business owners could collaborate. Recognising the potential offered by virtual networking, he spent time speaking to fellow businesses and began mapping out his own plans for a virtual platform.

After spending time researching his idea, Ednan realised some business owners found themselves unable to attend traditional networking events, often as a result of work pressures, so he hit on the idea of pioneering a flexible service which would allow business owners to meet like-minded individuals at times to suit their working day.

Since putting his plans into practice, Network 24/7 has received the backing of all three chambers of commerce operating in South Yorkshire and entrepreneurs from across the Sheffield City Region are being given an exclusive opportunity to trial the platform for themselves, prior to its formal launch which is due to take place later this year.

Unlike traditional face-to-face and existing virtual networking events, Network 24/7 allows business owners to spend as much or as little time as they wish making new business connections, offering the chance to connect with others based in their local areas through unlimited one to one video calls and breakout rooms.

The platform has been built from scratch by Ednan and his development team and the result of many months of planning, preparation and development. After launching the platform to help businesses in South Yorkshire, he is hoping to roll out his idea to other towns and cities across the UK, with 10% of the proceeds from the platform being used to support local good causes.

Ednan said: “Networking is the lifeblood of most businesses and since the beginning of lockdown last March many events have moved online, which has proved to be popular with many business owners as they can reduce time spent away from the office. However, in most cases, the people who you meet tends to be down to chance and can also mean opportunities to collaborate are limited due to the time restraints on the event.

“I also recognised that taking time out of your working day can be restrictive, especially for owner-managed businesses. I spent time talking to business owners across South Yorkshire and realised there was a golden opportunity to create a different type of networking experience: one which removed the element of chance, and enabled business owners to strike up meaningful conversations with others. From this idea, Networking 24/7 was born.

“The platform is not set to formally launch until later this year, but I wanted to give business owners across South Yorkshire the chance to trial the service, and help to shape and influence how the platform will work in future. It’s an exciting time for the project, and I’m hoping that it will present an opportunity to help business owners connect with others at the times of day which suits them, but one which will contribute towards greater collaboration between local business owners.”

Ednan is no stranger to developing innovative tech businesses. In 2020 he successfully acquired online job posting platform Postify which helps business owners to post vacancies to multiple job board websites, helping employers to make significant time and cost savings. Since acquiring Postify, the platform has enjoyed a significant period of growth and has secured contracts with a number of well-known brands.