The charity responsible for safeguarding the iconic Vulcan V-bomber, XH558, is planning to build a national memorial to honour the men and women of the Royal Air Force’s V-force squadrons who served the nation during the Cold War.

The memorial will take pride of place outside The Vulcan Experience at Doncaster Sheffield Airport (formerly RAF Finningley, a V-Force station).

Dr Robert Pleming, chief executive of The Vulcan to the Sky charity (VTST) said: “We believe that the country risks forgetting that if those V-bomber aircrews had had to carry out their orders to drop their retaliatory nuclear payloads on the Soviet Union, there would have been in all probability nothing to return to in the UK. It is surely justified to build a National V-Force Memorial to honour their service. 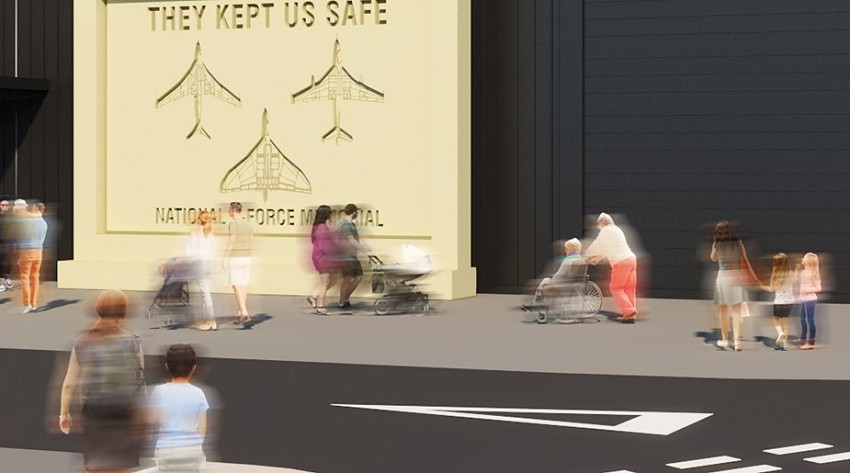 “We are currently raising funds to build The Vulcan Experience, a dedicated new home at Doncaster Sheffield Airport that will embody our guiding principles - to honour those who served us in the past and to inspire future generations to help maintain the United Kingdom's historic role at the forefront of innovation in aviation.

“VTST’s vision for The Vulcan Experience is that it will be a major attraction, housing XH558, where visitors will be able to hear and see the story of her history, her restoration to flight in 2007 and the part played by the RAF’s V-Force aircraft in preserving the peace during the Cold War.

“At the height of the Cold War, the RAF and by extension the V-Force aircraft and crews were on 24-hour readiness, with the legendary Quick Reaction Alert scrambles that were practised week-in, week-out.”

Robert added: “Uniquely, all three aircraft types were stationed at different times at RAF Finningley, making the site, ‘The Home of the V-Force’, the most appropriate location for the National V-Force Memorial.

“We feel that it is right and fitting for the nation to commemorate the fact that this powerful force stood as the deterrent that kept us all safe.”

There are two ways to support the charity in their appeal to build the new hangar and memorial: A donation of £50 will see donors automatically become an XH558 Guardian Member for 12 months, receiving copies of the acclaimed biannual Guardians’ magazine. They will also receive a reproduction of the XH558’s unique registration plate from 1959, and their name or a name of their choice will be added in perpetuity on a very special hangar exhibit with genuine XH558 provenance placed next to the aircraft and honouring all those who will have made the new home possible.

A donation of £30 will bring the same Guardian Member benefits but names will be placed on two specially mounted original Vulcan port and starboard wing tips in the hangar, major items from the spares purchased from the MoD after XH558 left RAF service. They will also receive a sample set of genuine Avro/Hawker Siddeley Aviation fasteners from the RAF stock purchased with XH558.

To donate or find out more visit www.vulcantothesky.org