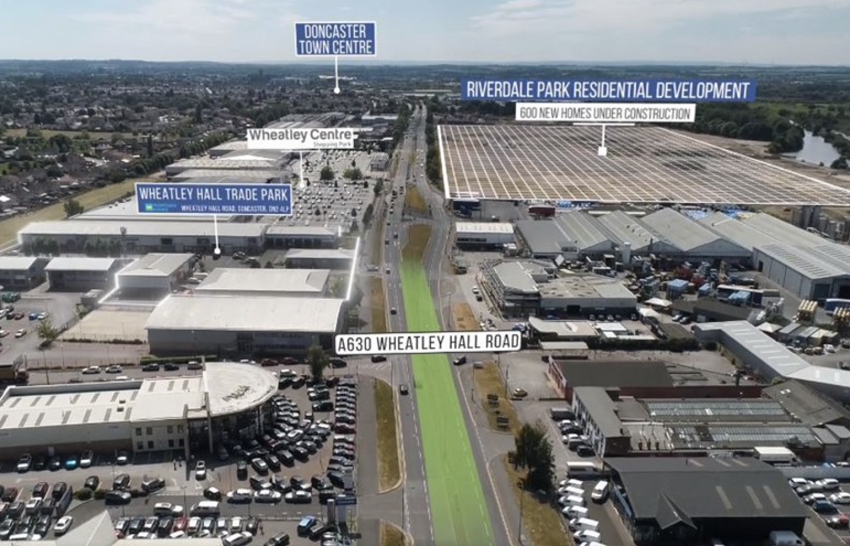 Three warehouse units from 2,900 to 5,166 sq ft are currently available to let having undergone extensive refurbishment to include redecoration plus new flooring, lighting and washroom facilities.

John Jarman from Knight Frank in Sheffield, which is marketing the units alongside Montagu Evans, said: “Demand for trade units within the region, and in particular Doncaster, remains strong as occupiers look for units within main centres with growing populations.

“This 50,000 sq ft trade park on Wheatley Hall Road is in an excellent location on a busy arterial road and any new occupiers will benefit from the new refurbishment.

“It is also near Wheatley Trade Business Centre which houses tenants such as Screwfix and Toolstation and opposite a planned 600 home development, 161 of which are currently under construction.

“The existing, and potential, available customer base is a real pull for this trade park. On average around 25,000 vehicles pass this development every day.

John added: “The size range of the units and modern construction combined with the critical mass and prominence of Wheatley Hall Trade Park continues to attract trade counter operators while the use is flexible, as well as permitting Class E, B2 and B8 uses.”

Doncaster is fast emerging as one of the most important industrial locations in the country, being located at the centre of the UK. Take-up in Yorkshire during 2016 exceeded 10.5 million sq ft – a strong performance compared to 2015 at 10.3 million sq ft and above the 5 year average.

The trade park is located 3 miles to the west of M18 Junction 4 and 4.3 miles east of A1(M) Junction 37. Other local occupiers include BMW, Mini, Land Rover, AUDI, Jaguar, Mercedes-Benz, Volvo and HSS. Nearby Wheatley Trade Business Centre houses tenants such as Screwfix and Toolstation.

The brownfield site opposite the trade estate is called Riverdale Park, a 122 acre site with planning consent for 600 homes and 200,000 sq ft of employment space and roadside retail. Barratt Homes are currently on site building 161 homes.