At this time of year, Ricky Wells is usually travelling all over the UK from his home in Doncaster, competing in the high speed world of professional speedway. 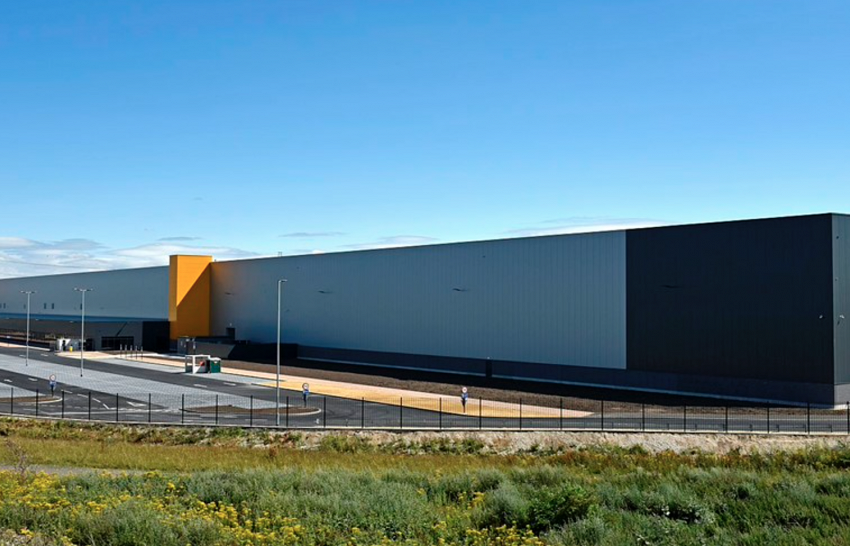 Speedway bikes are famous for having no brakes. But lockdown brought the sport to a halt and left former Sheffield Tigers rider Ricky unable to earn from the sport in which he has respreted the USA.

Now, the 28-year-old has become one of a legion of Doncaster residents who have taken a major temporary career switch to tide them through lockdown, taking up jobs with the online retailer Amazon at its warehouses in the borough.

Ricky was born in New Zealand but grew up in California, and has made his living in Speedway for the last 20 years, competing across Europe. He was American national speedway champion in 2009. At present he was due to be riding for Glasgow Tigers.

He said: “Due to Covid-19, speedway throughout Europe was cancelled in late March along with most other professional sports. The closing of the competition has resulted in my sponsors withdrawing from the sport, as well as losing my performance-based wages which were gained through race finishing positions.

“I’ve had a really good experience at Amazon, I’ve never worked in a warehouse before but I like it because it’s always busy. Everyone is really friendly and it’s great to work with such a diverse group. I can’t count how many times I’ve been asked how a guy from California ended up in Doncaster, but I like Doncaster a lot.

“It’s given me a goal and got me out the house, as well as provided a nice income to keep things turning over, removing a lot of the stress I was facing before.”

He is not the only recent recruit to arrive as a career switch.

Joining him at Watervole Way is Daniel Redfern. Daniel usually runs the Pewter Pot pub, in Kimberworth Park, Rotherham. He is the the third generation of his family running the pub which his grandad first owned in 1966.

He said: “After Boris Johnson announced the lock down on Friday March 20, I’ve had to close the doors to customers. It all came really suddenly, we had no warning in terms of a letter or email. It just came up on the 5pm news and that was that. Unfortunately, due to my pub being a limited company I was also restricted in terms of government financial support.

“I quickly joined Amazon and it’s been very pleasant. I wasn’t sure what to expect, but my experience has been really positive. Everyone is friendly and helpful, and the site is really clean. There’s also a lot of cool incentives as well to make it a fun environment.

“It’s helping to pay my bills and keeping my mortgage paid. It’s also given me something to do to keep me active. Normally I’m used to working seven days a week in my pub, so having three days off every week has actually improved my work-life balance and overall reduced a lot of stress.”

At Doncaster iPort, Ash Elric has also arrived as a change of job. He was working as a scuba diving instructor in South East Asia until lockdown. He has worked as an English teacher, yoga instructor, and more in countries across the Far East. He speaks Thai and Japanese fluently, and is learning Russian and Khmer.

He said: “I feel extremely fortunate to have been able to get back on my feet since joining Amazon.

“Amazon has reacted quickly to changing circumstances, introducing thermal imaging cameras and one-way systems throughout the building. These precautions haven’t been put in place because of a Government mandate but because Amazon took the initiative. The people are great and there’s a lot of support and training.”

Steve Simpson is also a new arrival at iPort. He is usually as a skydiving instructor and is a Team GB skydiver. Since arriving he has had many colleagues wanting to take part in a charity fund-raising skydive when restrictions are lifted.

Shaid Nazir was working as a teacher in the Middle East when Covid-19 arrived and all schools were closed – now she is back in Doncaster at the iPort.

“Amazon offered a good salary during these uncertain times - I respect Amazon so much for providing jobs during these difficult times.”

Raluca Nica has also just started as part of a wave of recruitment by the firm to meet the rise in demand during lockdown– but it is her first job, and sees her working with her mum, Mihaela, who has been there for three years.

Amazon has now hired more than 15,000 people in full and part-time positions and delivery driver opportunities across the UK in fulfilment centres and logistics network to meet the increase in demand.

Nationally, new recruits have also ranged from an arborist, architect, beautician and life guard to a pilot, scientists, a singer and tattooists.

The firm says people have joined across the education, construction, hospitality, manufacturing and travel & tourism industries.

A spokesman said: “In addition, we are providing flexibility with leave of absence options, including expanding the policy to cover COVID-19 circumstances, such as high-risk individuals or school closures. We continue to see heavy demand during this difficult time and the team is doing incredible work for our customers and the community.”

Doncaster’s Amazon depot has recently been lit up with a giant rainbow to show the firm’s support for the nation’s key workers.

The firm’s UK manager, Doug Gurr, recently said he and staff had been humbled by the kind words received in recent weeks in appreciation of their hard work, during lockdown and thanked customers for their patience and support during a challenging period.