Wiltshire Farm Foods Doncaster has always pledged to make a difference to its customers, with its good old fashioned delivery service and ready meals. 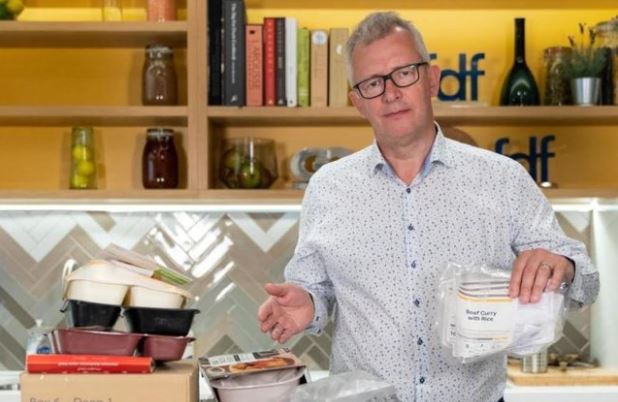 Now, it’s making a difference to the planet with a trailblazing recycling scheme – the first of its kind in the world.

The company has introduced 100 per cent recyclable trays, alongside a recycling collection service for its customers, which involves collecting washed, used trays directly from customers and sending them back to a specialist recycling facility in Durham.

Here, they are broken down to create brand new trays which are then redistributed to customers.

It is this closed loop nature of the recycling process which makes Wiltshire Farm Foods the first company in the world to adopt the scheme on an industrial scale.

Doncaster branch manager, Jackie Connolly, is delighted to be rolling out this initiative to her customers across Cantley, Edenthorpe, Hatfield, Wakefield and Retford: “Not only is the scheme easy for our customers to be a part of, as they simply hand their trays back to their drivers (just like the milkman used to take away empty bottles) we have also given them peace of mind that they know exactly where their trays are going.

"We are hopeful that our customers will embrace this initiative, so that together we can play a crucial role in helping the environment.”

Alarmingly, 61 per cent of UK plastic recycling is exported, according to a survey conducted by RECOUP, which means there’s uncertainty around where our plastic actually ends up.

Wiltshire Farm Foods guarantees that every one of its trays collected from customers in Doncaster and right across the UK will be recycled into new trays, so embracing a system which keeps waste and products in use, as opposed to disposing of them.

This commitment to protecting the environment has always been something of a mission for the company, especially with its packaging. It’s one of the few food companies which doesn’t use any secondary packaging such as cardboard sleeves or wrap arounds on its meals, not wanting to create excessive and needless waste.

Furthermore, the boxes that meals are delivered in, are taken away by the drivers and recycled. The only thing left behind are the film lids.

Chair and CEO Paul Freeston, says sister company, Wiltshire Farm Foods, is focused on targeting the ‘zero-packaging’ ready meal: “As a food company, we’ve taken a serious approach when it comes to reducing waste with our packaging. It’s why we’ve never used cardboard sleeves for our meals, so the only thing we leave with the customer is the film lid. We think it’s time for other retailers to ditch the cardboard sleeve completely, so that, together, we can minimise household recycling requirements and prevent unnecessary waste. We leave just three per cent of the packaging behind, compared to a weeks’ worth of ready meals from other suppliers.”

Retford-based Bob Cruickshank, aged 79, has been a customer for eight years and applauds the new recycling scheme: “It’s fantastic to know that I’m doing my bit to help the environment and Wiltshire Farm Foods has made it so easy for me. I can just hand the used trays back to my lovely driver, Carol, and look forward to my meals the following week, safe in the knowledge that nothing has gone to landfill.

“Carol tells me that for every 100 trays recycled we’ll be saving the equivalent of boiling water for 175 cups of tea! When she put it like that, it made me feel very proud I was doing my bit for the environment.”